Thank you for choosing the most accurate utility belts in the world!

All the belts are true 1:1 scale replicas of the originals worn by Adam & Burt on the classic TV series and we have been making them for the movies, fans, and serious collectors for over 21 years.

In the mid 1980's when I was a professional Batman on tour with the "original" Batmobiles, I was given access to all the original props and costumes from the show, including 8 different original utility belts that Adam used during the 3 year run of the series. Because of this, I was able to create exact duplicates from them.

Please follow the menus below for all the different utility belts available. 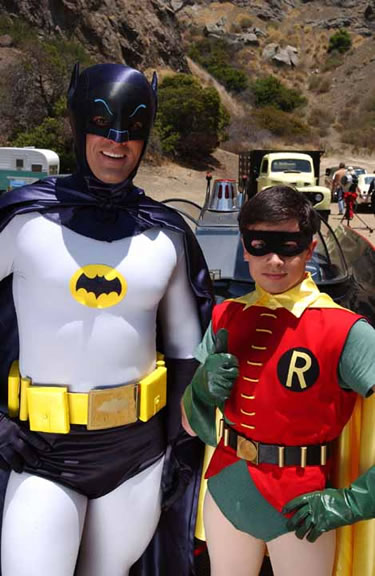 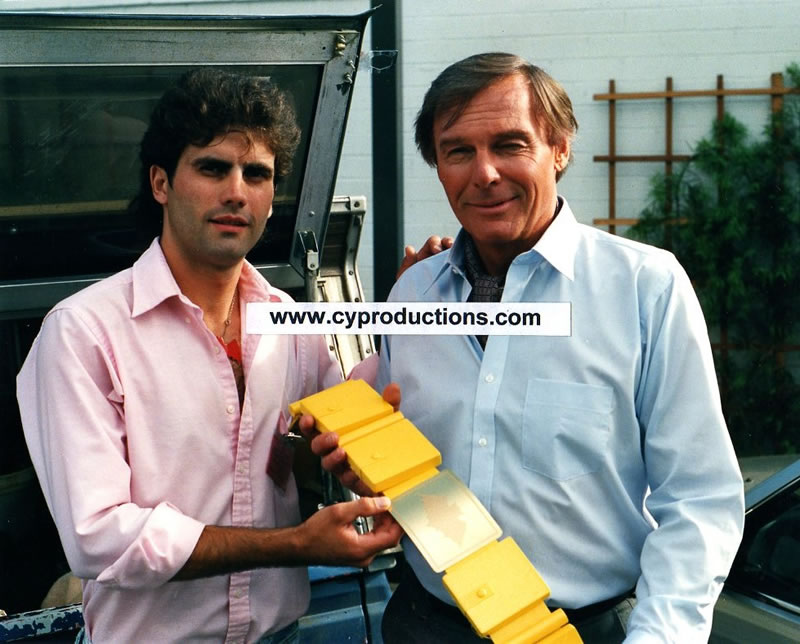 In 1989 Adam West asked me to make him a new utility belt.
He wanted a new belt that he could show during the talk show and
convention appearences he was doing at the time.

Adam wanted a screen accurate belt with wood block pouches painted
yellow like the ones he wore on the Batman tv series so I made this utility
belt for him.

I presented Adam with the belt in the parking lot of Culver Studios on a
break during a 20th Century Fox promo shoot with the original #2 Batmobile.
Burt Ward, Yvonne Craig, Julie Newmar and Van Williams were also there.
They used my Batman costume and utility belt (I was wearing at the time while
on tour) for a scene with Adam and Yvonne that they filmed in a dressing room.

It was a GREAT day!

AS SEEN IN THE REUNION BATMAN MOVIE

"RETURN TO THE BATCAVE"

These high quality, professionally made utility belts are so accurate I
was hired by the costume department at WB to make the utility belts for the movie. (See the production photo of the actors wearing my belts).
The belts offered here are the same exact ones as worn by Jack Brewster
(Batman) and Jason Marsden (Robin) in
Return To The Batcave
and are the higest quality belts you will find anywhere on the market!

We also provided the Batmobile seen in the movie and pictured here
behind Batman & Robin in this production photo. It was built by my long time
partner (of 15 years) and good friend Bob Butts. Who by the way also
built the Batmobiles for the movie "ROCKSTAR" starring Mark Walburg &
Jennifer Aniston. (Which we also provided for that movie).